When this patient drive was received and powered on, the drive was wrongly detected as capacity 0, the Dolphin engineer firstly unlocked the hard drive, backup the original translator, NG list and primary defect list, after that, the engineer clear glist and smart and regenerated the translator.

Next the capacity 0 problem was fixed but after trying to scan the hard drive bad sector situation, only 30% of the drive was accessible and all sectors after that was blocked.

Next the user tried to view the NG list and found some defect records inside it, the engineer opened NGlist, edited it and wrote the new NG list and then regenerated the translator, scan the bad sectors again, the drive was perfectly recovered. 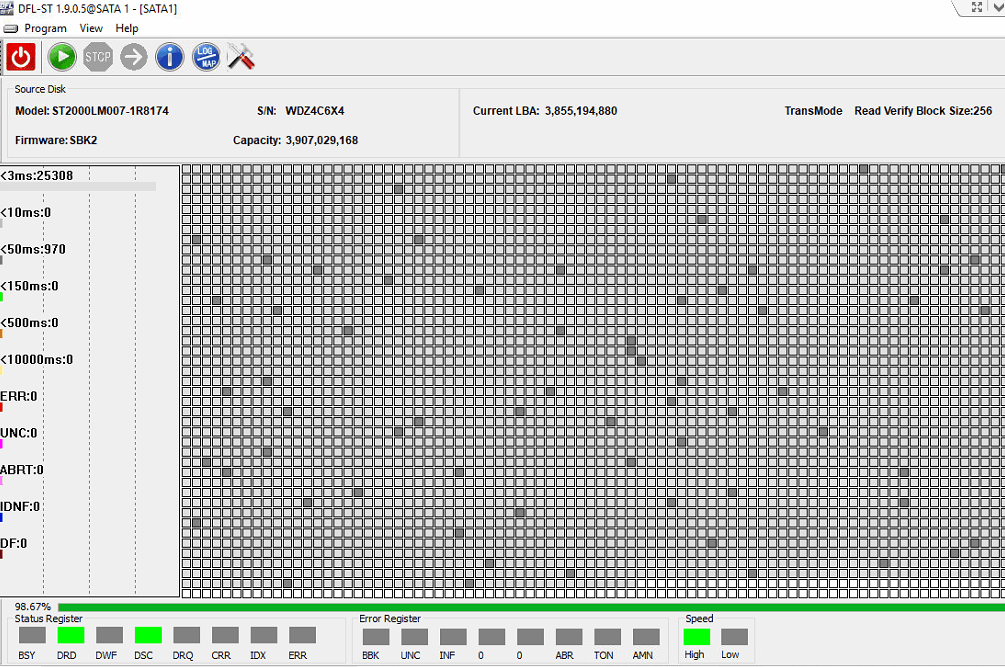 Users are welcome to visit Dolphin head office in China and learn many more new data recovery technologies and solutions.

Any more question is welcome to sales@dolphindatalab.com or add Dolphin Skype ID: dolphin.data.lab