This is another new Seagate St2000LM007 data recovery case study from Argintina. The hdd was suddenly undetected in pc and no data was accessible.

When this case was brought to our user, the user connected the patient hdd to PC and the hdd was not detected and went to terminal, users can enter F3 T>, however, input of any command will output Diagnostic Port Locked.

So the user went to backup the ROM, generated the unlock rom, wrote the unlock ROM, power off and on, send the unlock key, the hdd was unlocked successfully. After unlock, the user was able to enter F3 T> and typed commands to repair the drive. However, before typing any commands, the user backup the sys1b, 28 and 35.

After the backup, the user went to clear g-list, clear smart and then regenerate translator but partial sector access problem comes and the user wrote back the sys 35 and the partial issue was fixed perfectly. Finally the user wrote the original ROM and all data was available for quick recovery. 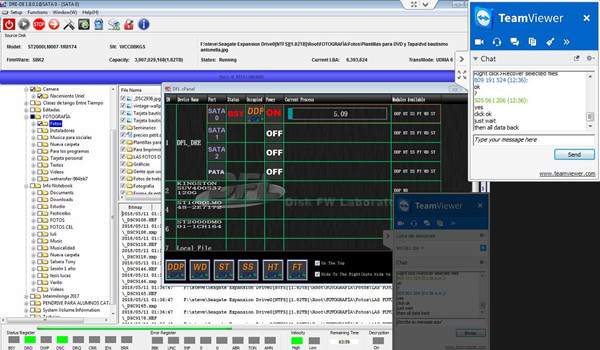